2008/08/17/dscn0265.jpg
I suspect the FSB sign was removed for replacement. I saw workmen and bank officials looking at it for several weeks proir to it disappearing. I have two full weeks of picture posts now. I think everything, with the exception of the RSS feed, is working how I want it too. No one has told me if the RSS feed is good enough or if it needs more work.I've even found the rouge .htaccess file that kept denying the image harvesters from harvesting images out of the image tree. Since this is a mirror of only part of my image archive I can stick in extra (hidden) images for people to find that aren't linked. That makes it more exciting for the Daily Page readers. The du command reports that the Daily Page is 2.0MB.

Ok, fixed I think. Python would be a great language if it had been written by someone who understood programming.

The parking lot at JohnBrook's Supermart has been decorated with cheap plastic flags. 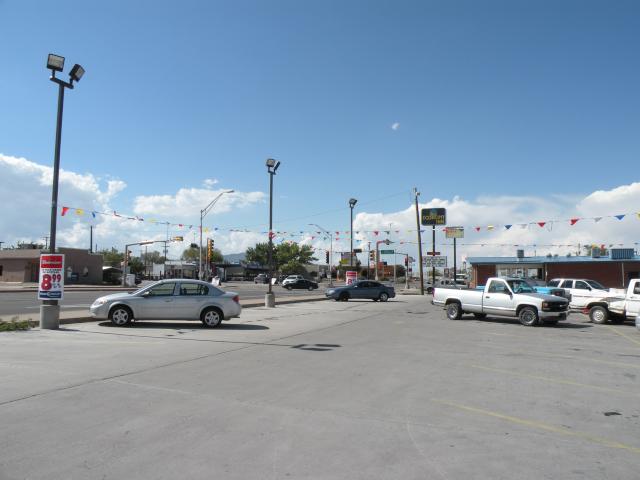 I forgot about the gas station being gone. I took a picture of a front end loader inflicting a lot of gone on the building, but it wasn't a good picture so I didn't post it. Now the building is well and truely gone. I think this might be one of the stations that implemented an experimental vapor-suck back during the 70's gas crises. As a result of the vapor-suck, it took nearly 60 gallons of gasoline to fill up a Volkswagon Beetle. But it is an old and hazy memory. 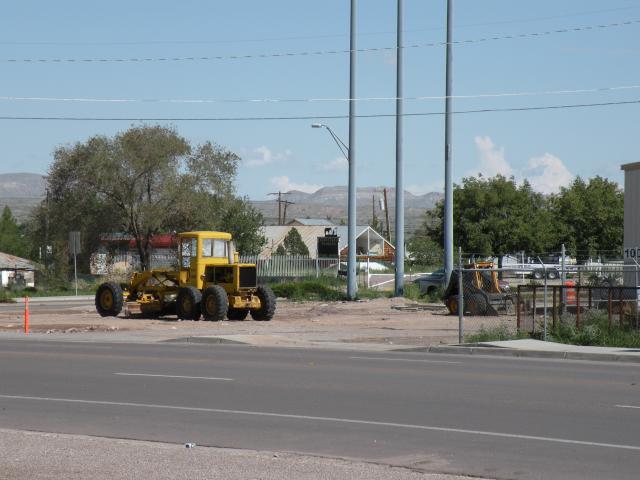